The Dangers of Illegal Subcontracting

The Dangers of Illegal Subcontracting 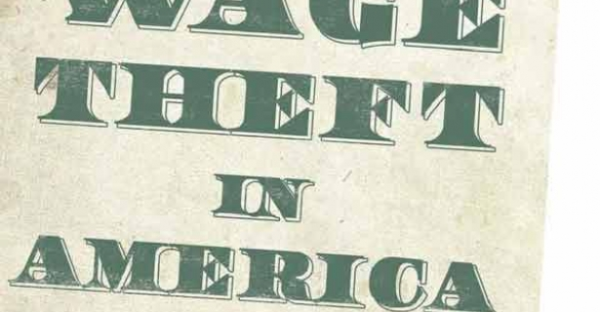 Do you know of a janitorial service whose prices are so low you suspect their hiring policy isn’t squeeky-clean? Rest assured, the facility manager who hires them is bound to pay sooner or later. Embarrassing adverse publicity, tarnished reputations, damaged business relationships, costly legal defense efforts and large civil and criminal penalties are a few of the problems faced by companies who are associated with illegal contracting, even as an “innocent” second-party.

Federal and state officials, with the support of the Obama administration, are starting to aggressively pursue companies that partake in illegal subcontracting to dodge taxes, insurance and Social Security and gain an unfair advantage in the marketplace.

WHAT IS ILLEGAL SUBCONTRACTING

Subcontractors are used in our industry to reduce the costs of wages, benefits and payroll taxes — a practice that is not in any way illegal. But some contractors take this practice too far — cutting corners in their compliance with applicable labor laws, and resulting in significant payroll fraud. Here are some of the types of ‘illegal subcontracting’ that hurts our industry.

Misclassifying Employees occurs when contractors intentionally classify their employees as independent contractors as a cost-saving measure, even though by law they meet the definition of employees. Employers who misclassify avoid paying Social Security, Medicare, unemployment insurance taxes, income taxes and other payroll taxes for those workers.

One recent federal study concluded that employers illegally passed off 3.4 million regular workers as contractors, while the Labor Department estimates that up to 30 percent of companies misclassify employees.

Federal and state officials, many facing record budget deficits, are starting to aggressively pursue companies that try to pass off regular employees as independent contractors. President Obama’s 2010 budget assumes that the federal crackdown will yield at least $7 billion over 10 years. More than two dozen states also have stepped up enforcement, often by enacting stricter penalties for misclassifying workers.

The Times reported a case in California where 300 janitors at two companies were misclassified, resulting in a $13 million judgment against the BSCs.

California’s attorney general, is seeking $4.3 million from a construction firm he accused of misclassifying employees. Last April, he won a $13 million judgment when a court ruled that two companies had misclassified 300 janitors, cheated the state out of payroll taxes and not paid minimum wage and overtime.

Last November, the Illinois Department of Labor imposed $328,500 in penalties on a home improvement company for misclassifying 18 workers, saying it had pressed them to incorporate as separate business entities.

Layering uses multiple levels of contractors and subcontractors to cover up for the lack of proper documentation and credentials by subcontractors. In this increasingly common scenario, the principal contractor is hired to perform maintenance work after providing all the necessary certifications and insurance forms for its business. The contractor then subcontracts the work to companies lacking the proper documentation and credentials, who perform the work for less than the original contract.

Wal-Mart was given a $11 million civil fine, combined with a $4 million criminal penalty against 12 janitorial contractors for employing undocumented workers

A $2 million criminal fine was awarded against an Iowa company for employing undocumented workers.

Ghosting refers to the practice by some contractors of hiring an employee who possesses all the proper documentation and credentials, but who sends someone else in their place to do the work — someone who is licensed and is not paid correctly under state and federal laws.

A $22 million payment is to be paid by several supermarket chains to settle claims of overtime and minimum wage law violations.

Illegal subcontracting in any form harms a great many people and companies, including the honest taxpayers who must foot the bill for lost payroll tax revenues, ethical building service companies and their employees who are unable to compete effectively against cheating companies.

The consequences of even being associated with a company that practices illegal subcontracting can be severe — not only does the illegal subcontractor face criminal and civil fines, but the businesses who hire them are just as likely to face investigation and penalties.

“The Dangers of Illegal Subcontracting: What You Don’t Know CAN Hurt You” Prepared by Building Service Contractors Association International, March 2005 (Email Info@Stathakis.com for a copy of the original article)

U.S. Cracks Down on ‘Contractors’ as a Tax Dodge
By Steven Greenhouse, February 18, 2010 (Email Info@Stathakis.com for a copy of the original article)