Motown is still Our Town - Cleaning Service in Detroit

Motown is still Our Town - Cleaning Service in Detroit 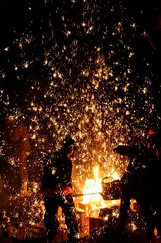 Continuing with its growth in Michigan, Stathakis has opened various offices in the Detroit Metro Area. Detroit is a great business area with an immense growth potential and a history filled with glorious pages. Founded in 1701 by Frenchman, Antoine de la Mothe Cadillac, Detroit is located on the Detroit River connecting the lakes, Erie and Huron. Detroit became a part of the U.S. under the Jay Treaty in 1796. However, most of the settlement was destroyed during a huge fire breakout in 1805.

Detroit was the capital of Michigan from 1805 to 1847. During the 1812 war, Detroit was seized by British troops but was recaptured in 1813, and was later incorporated as a city in 1815. Most of the Gilded Age buildings and mansions were structured during the late 1800s and early 1900s. As a result of its architecture, Detroit was referred to as the Paris of the West. Detroit became a transportation center due to its strategic location along the Great Lakes waterway. Henry Ford built his first automobile in a workshop that he rented in Detroit. Later, he founded the Ford Company in 1904. Due to efforts of Ford and automotive pioneers William C. Durant, Packard, the Dodge Brothers, and Walter Chrysler, Detroit emerged as a global automotive capital.

Towards the end of the twentieth century, MotorCity Casino, MGM Grand Detroit, and Greek Town Casino sprang up. The city hosted the 2005 MLB All-Star Game, 2006 World Series, 2006 Super Bowl XL, WrestleMania 23 in 2007, and the NCAA Final Four in April 2009- all of which prompted various improvements in the city.

Stathakis believes that success is entirely dependent upon the quality of the team. Hence, it has well trained team with years of experience in the field of cleaning and maintenance. The employees of Stathakis are required to undergo a detailed interview and testing process which includes drug testing, personality testing, reference checks, and police background checks before they are hired. All these things ensure the quality of their staff. In order to provide quality cleaning services in Detroit, with a consistent manner, Stathakis holds a formal training program for its employees. All employees have to spend several hours in the  training program before they enter a building on any project. Since employees represent the company in any cleaning project, the company begins with detailed instructions and directions from C3 operators and concludes with a team review of the work completed by them.