Even Leaders Deal With Depression

Even Leaders Deal With Depression 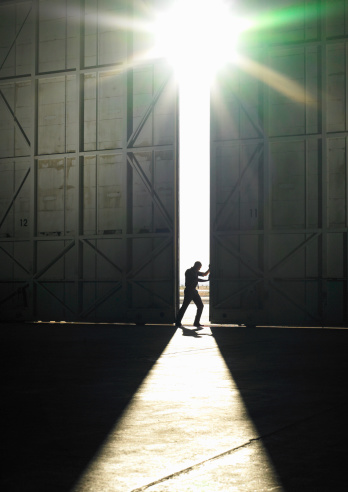 In the wake of Robin Williams suicide, many people are revisiting the issue of depression and for good reason, it is estimated that 17% of the U.S. population will suffer from a major depressive episode at least once in their lifetime. And that’s only the stats for major depressive disorder, when a combination of symptoms interfere with an individual’s ability to work, sleep, study, eat, and enjoy normally pleasurable activities--usually lasting longer and more debilitating. The sad reality is almost all of us either know someone who has suffered from depression or have been depressed ourselves. The good news, yes there is some, is that we understand depression much more than we used to and much of the stigma that was associated with it has disappeared as we learn more about its true causes.

From a leadership perspective, depression can really be insidious. Sometimes when we think of people in leadership positions, we picture these people as being strong, capable, driven and able to handle anything thrown at them. That’s why they got where they are right? But often, leaders are even more likely to suffer in silence. Why? Maybe it’s that internal “tough guy” that sees acknowledging personal difficulties as a weakness. Maybe the person doesn’t want people to see them differently because while better, there is still some stigma attached to depression. Often people in leadership positions have more stress and fewer buffers like consistent exercise, a healthy diet, support networks and a good work-life balance. They end up running themselves ragged to balance all of their responsibilities. Society tends to tell us that a successful leader should be able to get the job done, no matter what and at any personal cost. Statistics tell us that men in general are even less likely to identify that they're depressed, talk about it or seek help.

Here’s what we know. Depression is really no different than diabetes or any disease or disorder. It has a cause, it has real symptoms and it has a treatment. As a society, we have often labeled it in ways that make it seem frightening and mysterious, like a dark cloud, crazy, nuts, the blues, melancholy and so on.  The reality is that depression is a common and treatable brain disorder, in fact, it is the most common brain disorder. Although we learn more everyday, depression is understood to be caused by a combination of genetic, biological, environmental, and psychological factors. A person who is suffering from depression is not a failure, not weak or crazy, they are simply ill. Again, there is good news. We know so much more than we did just a few years ago. For people who suffer from depression, there are many ways to get relief from the awful symptoms. There is medication and lifestyle changes that can help you feel like yourself again.

If you think you might be suffering from depression, I think the first step is to acknowledge it. Whether it’s in the board room or the brain, we cannot fix what we don’t acknowledge. The next step is get some help and support. For most people, that means first seeing their doctor. In many cases of depression the right medication is all it takes to balance things out and feel good enough to start taking the steps to long-term health and wellness. Support means opening up and leaning on trusted family and friends. I think it is also critical that as people in leadership positions, we have to get better at taking care of ourselves. Far too often we feel like we need to do it all, I myself have often felt this way. And yet, if we neglect our health and well being, there is no way we can give our best. Like they tell you at the beginning of an air flight, you need to put your oxygen mask on first before you assist others. As leaders, we must care for ourselves as much as we care for others.