What is Gestalt and Why You Need To Know It

What is Gestalt and Why You Need To Know It 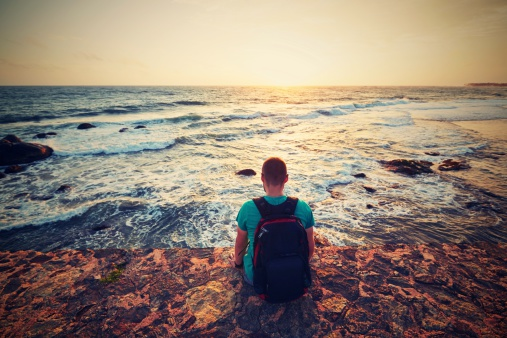 Gestalt Language Protocol is something I picked up from training I received in connection with a couple of different groups I participate in, one of them being EO (Entrepreneur’s Organization). Gestalt Language Protocol may sound suspiciously like something the Secret Service uses to decode enemy communications, but really, it is simply a set of ideas about how to communicate with other individuals in a nonthreatening manner so that people within the group feel like they can really share and learn. I learned these techniques in order to better participate and facilitate several of the industry related groups I work with but I have found it has positively impacted just about every area of my life in which I communicate with other people. Here are some genral ideas about how it works:

1. Speak from your own experiences rather than giving advice or opinions

3. Speak in past tense

5. Do not speak in generalities, be specific

It can take a lot of practice but I have found that when people don't openly communicate it is often because they feel threatened. Nobody likes to be reminded that they screwed up or that maybe don't have or understand a solution. Whatever the case may be, Gestalt Language Protocol eliminates many of the barriers and obstacles to real communication. It is centered on creating a safe environment where people feel safe and NOT stupid. Here is an example of how it works:

PROBLEM:  A person needing help has made a number of bad hires in their business resulting in employee issues.

Helpee - I have been having a lot of employee issues lately.

Helper - Do you do any type of employee screening?

Helpee - No, I don't really do any type of background checks or drug testing.

Helper - You really should start doing employee screening if you want better employees.

Helpee - I have been having a lot of employee issues lately.

Helper - What seems to be the problem?

Helpee - We have had a lot of bad hires that are driving up turnover.

Helper - Can I share with you my own experience around some employee issues we had ourselves?

Helpee - I would love to hear how you dealt with those issues yourself.

Helper - At one time I thought we were making great hires but we were still experiencing high turnover.  So we hired ABC Company to conduct police background and credit checks on all new hires.  We also started to do drug tests.  At first it was hard because it really limited the number of people who we could hire but after a while we found out that we were doing much less hiring as turnover went down substantially.

Helpee - Thank you for sharing that experience.  It sounds like something that I might look into myself.

So what's different about these two approaches? There are a number of things wrong with the NON GESTALT SOLUTION. First, it was not a solution at all because the Helpee likely felt lectured to and schooled. Being asked if he used employee screening could easily be perceived as the Helper saying he should have been.  The Helpee could easily feel what is often referred to as being "SHOULD ON."  You should have done this, you should have done that!  Second, by not relating a similar experience, the Helper likely put the Helpee in a situation where he felt incompetent and thus defensive. When people share similar difficulties, it says to the other person, I am human too, I’ve been in your shoes, it is acceptable that you are having a hard time with something. Third, this kind of non Gestalt communicating puts the Helpee and the helper in a bad situation because the Helpee might of felt compelled to act on the helper's unsolicited advice or risk putting their relationship in jeopardy.  The Helper might feel totally rejected if the Helpee didn't use their advice.  In Gestalt communication, the Helpee might let down their defenses and feel safe finding a solution because the Helper related to them through experience acknowledging a similar problem.

I have found Gestalt a much easier concept to put to use than try to explain.  The easiest way to start practicing Gestalt is by not using the words "you" or "should" when sharing experiences.  People will start to notice a difference and relate to you differently.  They will likely come to you for advice because they can relate to you and don’t feel judged. We all like people whom we can relate to because we see them as being a lot like ourselves.