If You Want To Go Far, Go Together

If You Want To Go Far, Go Together 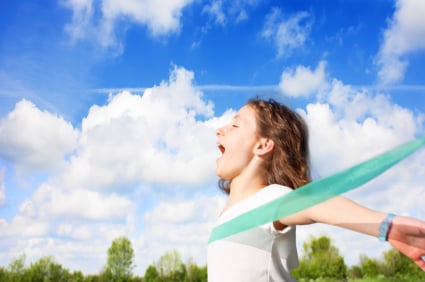 Since Ubuntu has become a part of our Stathakis culture, I find myself thinking and feeling Ubuntu many times during my day. I will see a coworker who is down, and ask her how I can help. I remind myself to give praise and encouragement to the people around me who work very hard and are passionate about our work here. Of course, it would be great if I could embody the ideals of Ubuntu all day, but traffic, life’s problems and my own human nature all conspire to sometimes make me feel less compassion and perhaps some competitiveness with my fellow humans.

The other day I was listening to a radio program where a person was discussing what he said was the zero sum, winner take all game the American economy had become. The idea that even if you work hard, only a small percentage of people will reap the lion’s share of the opportunities and rewards. He spoke of the relentless emphasis that American culture can sometimes put on coming out on top, being the best, beating out others for first place, all our entrenched ideas about winning. For example, we have some parents who push for their kids to attend the best schools, even preschools sometimes, because if the idea is that only a few can succeed then they want their children to be among them. Who among us doesn’t want to find ourselves where opportunities and choices are abundant?

It made me think about an Ubuntu proverb I ran across in our training.

If you want to go fast, go alone.

If you want to go far, go together.

One of the things that is so valuable about American culture is our embracing the best of individualism. We as a people embrace stories of individuals who overcame obstacles and hardships to achieve their goals. Take for example Henry Ford, John D. Rockefeller and Andrew Carnegie, all of whom came from modest or impoverished beginnings and yet rose in business to become three of the wealthiest men in history.

Travel and the information age has brought us an opportunity to peek into the lives of other cultures spanning the globe. Like embracing some of Africa’s Ubuntu, we see that our way of doing and seeing is not the only true way. There is considerable value in individual achievement and the self-determination that we as a nation have advanced. But what sometimes gets lost in our society is that winning alone does not offer the same emotional and spiritual rewards as winning as a team.

As we as a company and community grow, I want us to work to develop a sense of collectivism, the idea that much like Ubuntu, stresses interdependence. Sure there are people who are just naturally talented and can go further in their chosen arena. And yes there are always going to be people willing to work harder and sacrifice more than others and thus reap more opportunities and rewards. We need these people too. Yet, there should be a place for everyone to work hard and live well. As a company, Stathakis doesn’t need to go fast. We have maintained measured growth even during a very dire economic climate. But we do want to go far and we want to do it together.