Ebola: What You Need to Know to Be Prepared

Ebola: What You Need to Know to Be Prepared 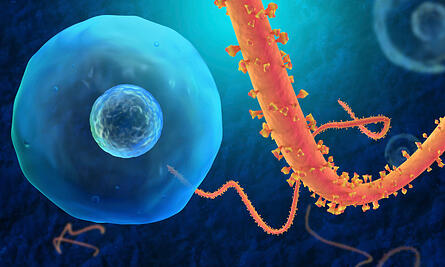 Is It the Zombie Apocolypse or No Big Deal?
Listen to one news channel and the zombie apocalypse is at the door knocking, listen to another and there is no need to worry, Ebola won’t affect us here in the United States. But after the first United States based  transmission last week of a Texas nurse who had treated patient Thomas Eric Duncan who succumbed to the disease, what are the real risks and what do you need to know and do to be prepared?

Ebola virus disease, formerly known as Ebola haemorrhagic fever, is a severe, often fatal illness in humans. According to the World Health Organization (WHO), Ebola is spread from animals to people and can spread in the human population via human-to-human transmission. The average Ebola fatality rate is around 50%. This high fatality rate is part of what makes Ebola so frightening here at home and across the globe.

Is This An Imminent Threat Here in the U.S.?
Ebola is a serious illness with serious consequences and there will be outbreaks and disease transmission here on our shores. Yet there are a number of reasons that Ebola will not have the same consequences for the U.S. population that it has for West African countries like Guinea, Sierra Leone and Liberia. One reason that Ebola transmission has been so high in these areas is they have ineffectual, underresourced and vulnerable health care systems. Having only just come out of extended periods of conflict and instability, these countries simple lack the resources and infrastructure to tackle such an overwhelming and far-reaching health problem. Think about it, the often run-down clinics West Africa is relying on now to curb the spread of disease are often lacking even the most basic protective equipment and medical interventions. Controlling Ebola outbreaks requires coordinating efforts through intergovernmental agencies, reacting quickly and managing resources—something these developing countries just are effective at yet.

The second mitigating factor in the spread of Ebola is that contracting the disease is not as easy as one might think. According to the Centers for Disease Control (CDC), Ebola can spread via human-to-human transmission through direct contact (through broken skin or mucous membranes) with the blood, secretions, organs or other bodily fluids from infected individuals, and indirect contact with bodily fluids or bedding, clothing and other items contaminated with such fluids. For example, if a healthcare worker got a patient’s blood on his or her hands, they could wash it off with soap and water without disease transmission. Only if he or she had a cut or abrasion on their hand or then touched their mouth, eyes or nose, would the virus have an opportunity to pass into their bodily fluids.

The reality is that Ebola does not spread easily. In fact, a cough, sneeze or sweat from an active infected person is innocuous. In order to transmit the virus, contact with large doses of bodily secretions such as blood or vomit are required. Think about this, in the nearly six months since the latest  outbreak was identified in Guinea, it had spread to only three other countries — all in sub-Saharan Africa. Influenza, or the flu, can spread to three new countries in a single day making concerns over new strains of flu a much more pressing health concern for the West.

Still, while there is treatment for Ebola to mitigate the symptoms and assist one’s body in recovering, there is as of yet no vaccine making the threat of Ebola particularly firghtening. Treatment includes providing intravenous (IV) fluids and assisting electrolyte balancing, maintaining oxygen, blood pressure and treating any secondary infections. According to the CDC, recovery from Ebola depends on good supportive care and the patient’s immune response. People who recover from Ebola infection develop antibodies that last for a minimum of ten years, potentially longer in some instances. Because of our infrastructure and health care system, anyone infected in the United States has a much better prognosis than in the underfunded and undersupplied clinics of sub-Saharan Africa.

What Is Being Done to Stem the Spread Here in the United States
Community engagement and knowledge is certainly critical in successfully controlling even small outbreaks. Adequate outbreak control requires a myriad of interventions like case management, surveillance, contact tracing, adequate laboratory service and communication between government agencies and health care facilities. The Centers for Disease Control (CDC) has implemented enhanced entry screening at the five U.S. airports that see nearly 95% of all passengers travelling from the worst-affected areas of Guinea, Liberia, and Sierra Leone. The goal here is obviously limiting the free travel into the United States of anyone who is already infected with Ebola. The World Health Organization has said that periodic Ebola infections will happen because of direct travel from hotspots in West Africa, yet the risk of transmission is preventable and exceptionally low.

The CDC has also advised Americans to avoid any unnecessary travel to the worst affected areas but has further suggestions if you must travel into the areas of Guinea, Liberia and Sierra Leone. Health Care workers here in the United States are reminded to follow the Infection Prevention and Control Recommendations for Hospitalized Patients with Known or Suspected Ebola Virus Disease in U.S. Hospitals, a guide with specifics on protective equipment and safety protocols within the healthcare setting.

Whether you are talking about Ebola or the more likely transmission of the season’s virus and flus de jour, proper hand washing hygiene is critical. The reality is Ebola can be spread through contact with door handles, toilets and public areas if a person with an active infection has contaminated them with blood, vomit or feces. This poses a small risk because at least here in the United States, patients would likely already be in a hospital setting where infection transmission could be controlled or in their homes too sick to venture out and infect others.

Still, in the event that procedures and protocols break down somewhere, hand washing still offers your best bet for reducing the spread of Ebola and flu disinfecting offers protection against other infectious diseases. If you are out in public or shared spaces, wash hands frequently and do not touch your face, mouth, eyes or nose with dirty hands. Again, to reduce the spread of Ebola:

It is important to remember that here in the U.S., other infectious diseases pose a far greater risk than the current  outbreak. Still, it is wise to stay informed, prepared and ahead of the information so that you minimize the risks inherent in Ebola.